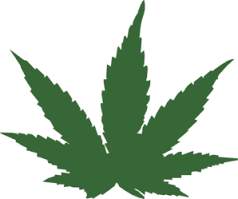 Medical marijuana has been used to treat a variety of ailments and conditions since ancient times. However, CBD oil is a prevalent topic in today’s medical field and has profound effect on children with seizures and shrinking tumors. The following is an overview of the incredible positive effects CBD oil has had.

Before we delve further more into the current topic, if you want to learn more about different types of wax dabs, click here.

Using CBD dates back to the 19th century. Queen Victoria would use cannabis to alleviate menstrual cramp and relied on it frequently. However, CBD has always played second fiddle to its fellow cannabinoid THC (which gives cannabis its psychoactive properties). In the 1980s, studies hinted that CBD could alleviate certain types of pain, anxiety and nausea, but still did not get much attention until the 90s.

In 1998, a medical company called GW Pharmaceuticals based in Great Britain began to cultivate cannabis for medical trials. Their aim was to develop a concise and consistent plan for extracting CBD. Geoffery Guy, one of the company’s founders, staunchly believed that cannabis plants rich in CBD would be used as medicine. This research would lead to scientific studies conducted by the International Cannabinoid Research Society, Society of Cannabis Clinicians, and International Association for Cannabinoid Medicine. Early animal studies showed that CBD lessened anxiety and reduced the frequency and severity of seizures. This turned heads in the medical community, and cannabis strains began to be cultivated with extremely low levels of THC and high levels of CBD. By 2009, Oakland, California’s Steep Hill Laboratory had successfully grown strains that contained more CBD than THC.

In the 2010s, the public began to see what a profound effect CBD oil could have treating a variety of life-threatening ailments, especially in children. A prime example of this is a young family from Missoula, Montana, using CBD oil to treat their 20-month-old son, Cash Hyde, who had  been diagnosed with brain cancer in 2010. Hyde’s condition was worsening and his tumor was inoperable. After exhausting every treatment option, including 30 rounds of intensive radiation, ketamine, methadone and morphine treatments, the Hyde family had hit their limit. Nothing had worked. In an effort to give his small child some relief, Mike Hyde (Cash’s father), did what was thought to be “crazy” at the time and administered a highly concentrated cannabis extract to his son not knowing what else to do.. After his first cannabis treatment, Hyde’s stage IV brain tumor had shrunk. Although it was considered unorthodox, Mike Hyde was applauded by medical professionals and even spoke with the press in hopes of shedding light on how CBD oil is literally a lifesaver (Vice). Cash Hyde lived for another two and a half years passing away after the state of Montana made a change in legislation that impaired the family from easily accessing the cannabis oil their son needed.

Perhaps the most prolific case of CBD oil and its success is the 2013 story that achieved national press. Charlotte Figi is a 3-year-old Colorado girl who suffered 300 grand mal seizures every week. Like the Hyde family, her parents thought they had tried everything including a heavy regimen of pharmaceutical drugs and painful procedures that still did not ease her condition. Her parents had watched a documentary of one of the first medical marijuana dispensaries in California centered around testing their strains for CBD and other cannabinoid content. The California center testing was one of the first public assertions that cannabis was safe to ingest and use for a variety of medical purposes. CBD-rich oil was able to treat 99% of the young girl’s seizures, and CNN aired a 2013 special on marijuana and its medicinal effects.

These are just a couple of specific instances that show how effective CBD oil can be, laying the groundwork for CBD oil being recognized as a justifiable medicine for a variety of ailments. As a result, many states are passing legislation rapidly allowing CBD oil to be used in numerous clinical studies and as treatment plans. Research continues to back up its legitimacy and programs are being funded globally to continue studies.