Vaping is exploding right now, even with the murky legal standing in the US.

That said… it’s no surprise that vaping (especially vaping on oils) is getting big – reports are continuously coming in that oil vaporization does far less damage to people than smoking – this one from the UK’s Royal College of Physicians is probably the most famous pro-vaping report. In essence, it says that vaping is around 95% safer than smoking, although further research is, of course, needed.

Is it any wonder then that vapable (smokable) oils are quickly becoming more and more popular?

Of course it’s not.

The industry recognized a chance and it’s going for the jugular, so to speak. But what is oil vaping, what oils can be vaped, and what are essential oil vape pens?! This guide to vaping oil aims to demystify the whole thing so you can make an informed choice when deciding whether or not it’s something you’d want to try out.

Want to Try Out the Best Oil Vaporizer In Its Class?

Then Jiggy is exactly what you’ve been looking for! 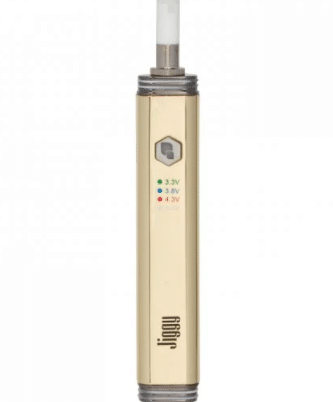 Jiggy is a 3-in-1 vape pen that works with oils, dabs, and e-liquids.

Let’s dig into it!

What Oils Are Good for Vaping?

There’s no dispute that marijuana-based oils all are the rage but it’s not fair to clump everyone together and just assume that anyone using an oil vaporizer is doing it for the buzz. A lot of people vape on various essential oils, which have calming and other therapeutic properties.

That said, a lot of oil vaporizers are indeed made with THC and CBD oils in mind.

Because those oils are used as medicine and some countries (and states in the US) make it legal for patients to buy and use those oils as pain relief or therapy.

We can divide vaping oils into two broad categories:

Vaping marijuana oil (specifically, CBD or THC oil vaping) has numerous health benefits for patients suffering from a number of chronic or acute conditions. The plant itself is hailed as the most potent herbal medicine by many experts, including Dr. Ethan Russo, former chairman of the International Cannabinoid Research Society.

However, not all marijuana oil is created equal. Let’s take a closer look at what you’re vaping on when you try different types of oil.

Let’s get hemp oil out of the way first.

Hemp oil does not have the medicinal benefits usually attributed to THC or CBD oil. That’s because it’s made from hemp (a pretty big hint, right?) and not from marijuana. It contains minimal trace amounts of THC and CBD, cannabinoids which make marijuana oil vaping so popular and beneficial.

If you’re buying CBD oil that boasts shipping to all 50 states, beware. The seller is selling hemp oil and only calling it CBD because labeling rules allow them to. True CBD oil can only be sold in states that have legalized marijuana for medical use. But, even though hemp oil has little to no psychoactive components in it, the federal government is still happy to clump it with all other marijuana-based oils, making it an illegal, Schedule I drug.

When people discuss marijuana oil, they usually tend to focus on oils with a high concentration of THC, tetrahydrocannabinol. THC is a psychoactive component that gives you that characteristic ‘buzz’ when you smoke weed. It’s also a reason why the federal government still considers it a controlled substance. God forbid people should find their medicine enjoyable, right?

However, we are moving forward. Medical marijuana is now legal in 29 states, as well as in DC. It’s also used to treat a wide variety of conditions:

National Institutes for Health (NiH) recently released a report from a study that concluded that chronic pain conditions and spasms in MS patients can be managed by cannabis.

If you’re not in it for the buzz, there’s no need to worry – you can simply opt for CBD oils. Vaping CBD oils means you’re not ingesting THC and there’s nothing in them that would alter your state of mind.

CBD stands for cannabidiol, which, surprisingly, is a substance that we easily find in the human body. It’s a part of our endocannabinoid system and it has anti-inflammatory, antibacterial, and antispasmodic properties. The endocannabinoid system can be disrupted by a host of different diseases – arthritis, MS, severe migraines, and more. CBD therapy is helpful in those cases. CBD that you get by vaping CBD oil mimics your own body’s CBD, stimulating its production and halting its rapid breakdown.

On the other hand, most CBD oils has ZERO psychoactive compounds because it they contain THC. Some of them can contain trace amounts of THC, but in that case, we’re talking about full-spectrum CBD oils. CBD can be safely used by patients who need to balance their endocannabinoid system but don’t require THC for pain management and relief.

Types of Vaporizers for Oils

The anatomy of oil vaporizers is similar to the anatomy of every other vaporizer, be it for e-liquid, dry herb, or concentrates. Generally, a vaporizer will consist of three parts:

The battery provides the power for your vape, which can be anywhere from 650mAh to 1500mAh capacity – this lets you know how long you can vape before having to recharge your battery. Some batteries also feature temperature control that allows you to fine-tune the temp they’re firing. This is pretty important because you want to vaporize your oil but not burn it.

The tank is where you put in your oil. It contains a heating element, usually a coil made from various types of wire (SS, titanium) that heats up and evaporates the contents of the tank.

The mouthpiece is used to draw the vapor from the tank and into your lungs. There are various types of oil vaporizer mouthpieces and your choice will depend on your preferences. If you prefer cooler vapor, choose a wider mouthpiece. For warmer vapor, a short narrow mouthpiece is better.

Most vaporizers have those essential parts, the exception being corded desktop vaporizers which have to be plugged in a socket to work. And while we’re on the subject, there are three different types of oil vaporizers:

Desktop vaporizers are big and bulky and, although they work on the same principle as portable vaporizers, they are not as convenient. They can be corded or cordless and are mostly used for vaping sessions involving more than one person. There aren’t that many dedicated desktop oil vaporizers – manufacturers are more likely to create a dry herb vaporizer and include a heating chamber that can be used for vaporizing different kinds of oils. Desktop vaporizers usually don’t have a mouthpiece. What they have is a balloon that you use to inhale the vapor or, alternatively, a hose (called a whip) that’s connected to the heating chamber.

First-generation vaporizers, cigalikes (as the name suggests) look like cigarettes. They have a small battery with a cartridge that contains the oil. Although practical, cigalikes are quickly falling from grace. This is because there’s no way to know exactly what’s in the cartridge – the cartridges might be easy to swap out but you can never be 100% sure about what you’re vaping. Many contain additives and are not pure oil. They can be cut with propylene glycol (PG), a thinning agent used in flavored e-liquids, which decreases viscosity and allows the oil to be more readily vaporized.

By far the most popular type of oil vaporizer, a oil vaporizing pen is small, discreet, and can be pretty powerful. These are usually powered by high-end built-in batteries and feature temperature control so you can easily tweak them for optimal performance. Smaller and more convenient than desktop vaporizers, vape pens also outperform cigalike oil vaporizers. You don’t have to use any specific cartridge with them and you can load up the tank with the oil of your choice. Use them to medicate on the go or enjoy in a refreshing puff of essential oils wherever you are. 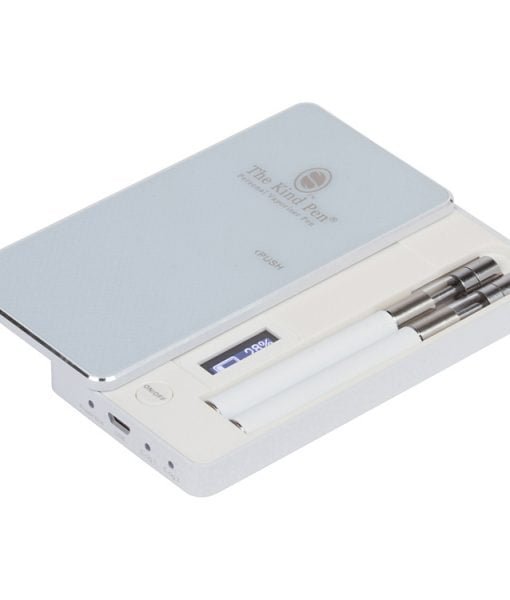 How Do All These Oil Vaporizers Work? 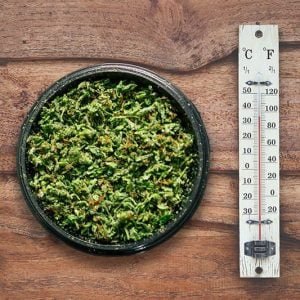 It all comes down to temperature.

This is important because it means you’re not ingesting smoke. Smoke has a lot of harmful components to it. Vapor, while definitely not healthy (nothing but air is), poses a much lower health risk.

For oils, vapes generally go up to around 280℉ – that’s the temp point at which most cannabinoids evaporate. Much higher than that is an overkill and you don’t want that – it means that your cannabinoids and other compounds (like flavonoids) are burning up before you get a chance to inhale them.

So yeah – an oil vape can have a lot of bells and whistles, but the most important thing is that they all (in one way or another – metal coils, ceramic chambers, cotton wicks) heat up the material, which than releases vaporized compounds without burning up.

As with everything else, practice makes perfect, even when it comes to oil vaporization. However, this wouldn’t be a complete guide to oil vaping if we didn’t give you a push in the right direction. Here are our four tips that will make your experience more pleasurable.

If you have any questions about oil vaporizers or vaping in general, drop down to the comments section and give us a shout! We hope that, after reading this, you’re able to confidently choose your oil vape pen – check out the Kind Pen selection right here.

Want to Try Out the Best Oil Vaporizer In Its Class?

Then Jiggy is exactly what you’ve been looking for!

Jiggy is a 3-in-1 vape pen that works with oils, dabs, and e-liquids.

Check our bestsellers for oil! 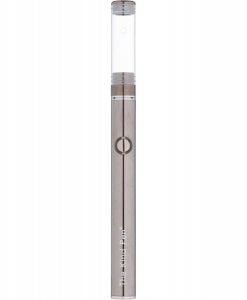 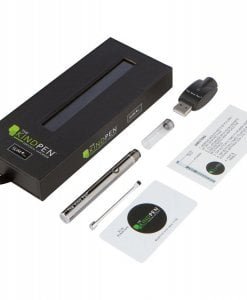 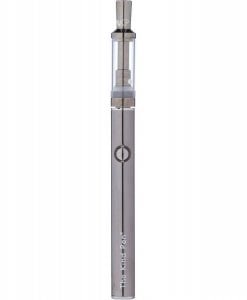 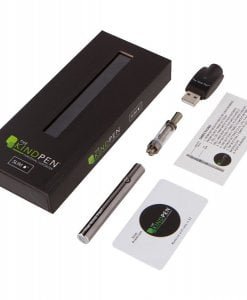 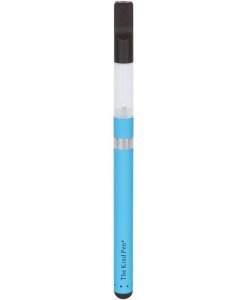 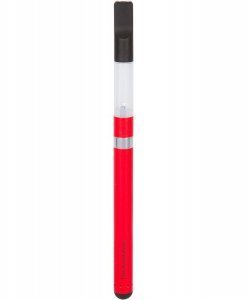 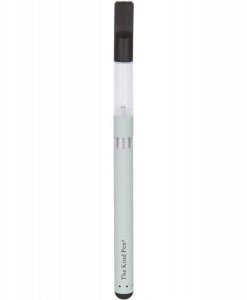 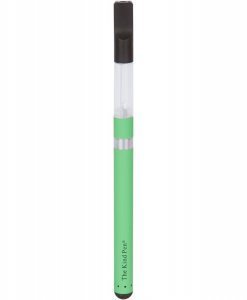 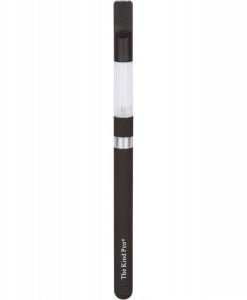 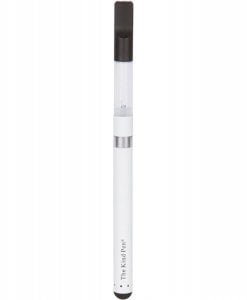 4 thoughts on “The Ultimate Guide to Vaping Oils”