More than 3 years ago, the United States Food and Drug Administration declared war on vaping products. Their announcement to regulate vape products has been looming for quite some time (at least since 2014, when it was first made public) but it still came as quite a shock to the vaping community.

Especially when we learned just how far in (over)regulating vaping the FDA was willing to go.

In a nutshell, the FDA decided to regulate vapes tougher than any other tobacco product. It was proposed (in a very lengthy document that you can read here) that after August 8th, 2016, no new vaping products could be sold on the US market. Those products already on the market had 2 years to jump through various hoops to prove that they are “safe for public use”. In other words, vaping companies would be required to spend an enormous amount of money on different (pointless) applications and tests, without any guarantee that their application would be approved.

The only vaping products exempt from this were the ones that hit the market since February 15th, 2007. Guess what – not a single vape device was on the US market before that time! Not even our Kind Pen vape pens and they’ve been around for quite some time!

This means that the FDA had to make a few course corrections along the way. The only reason that happened is because vapers organized, and started challenging the FDA in courts.

Before we go into detail about the state of the FDA’s deeming rule in 2019, let’s explore the timeline and the actions that the agency took to land us into this hot mess.

Why Does the FDA Get To Regulate Vape Products At All? 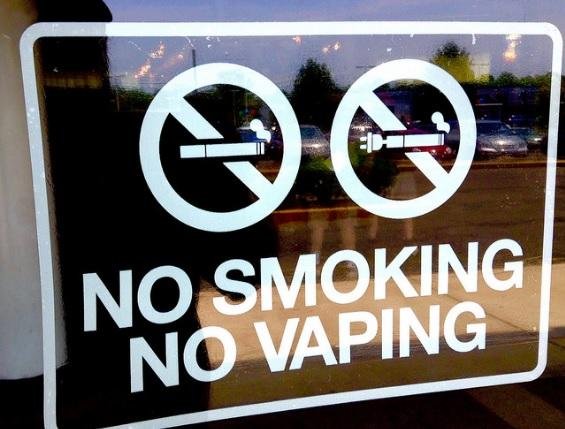 In 2009, the then president of the United States of America, Barack Obama, signed the “Family Smoking Prevention and Tobacco Control Act” into law. He did so after the bill garnered bipartisan support and passed both the House and the Senate.

The bill was created by several organizations but it was ultimately sponsored by Phillip Morris. In essence, it was a brainchild of Big Tobacco industry.

What the bill (and, eventually, the law) did was to grant the FDA regulatory authority over tobacco products – all of them, including cigarettes, smokeless tobacco, and similar. The FDA could now create special regulations to control the sale and use of tobacco, through their new office called the Center for Tobacco Products.

Here’s what the FDA did immediately:

This last provision set up by the newly enacted law is what gives the FDA the power to regulate the vaping industry today. However, when the agency threw the first punch, they did not try to regulate vapes – they tried to outright ban them from being imported into the country. 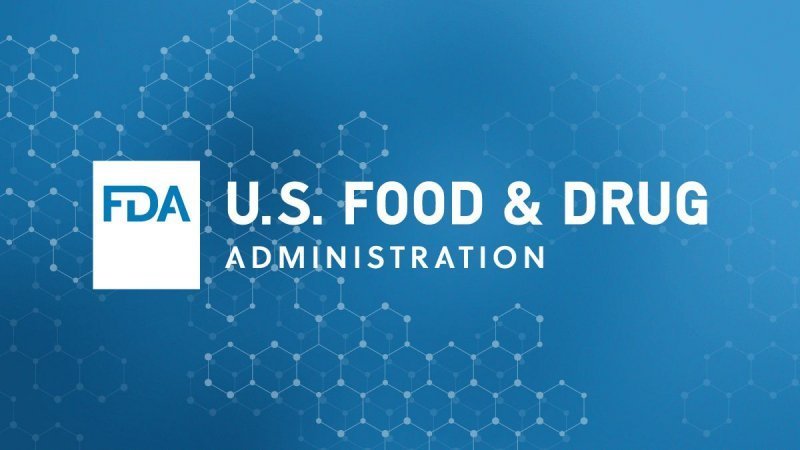 In early 2009, more and more companies began importing vape devices to the United States (at that time, the manufacturing was done exclusively in China). The FDA then sent an instruction to customs officials not to allow the products to enter the country, saying that they were drug devices that have not been approved.

One of the importers, Smoking Everywhere, filed a lawsuit against the FDA, and was joined by Sottera (that made NJOY products at the time). The basis of the lawsuit was that the FDA didn’t have jurisdiction over the products – they were tobacco products, and not medical ones (this was a couple of months before the Tobacco Control Act was signed into law).

The FDA refused to change tactics after June 2009, which proved to be a mistake. The judge in the case ruled that e-cigarettes were not drug devices, and prevented the FDA from interfering with the import. The agency then announced that it will regulate electronic cigarettes as tobacco products sometime in the future.

The FDA then waited for more than three years to advise us of its next move. In the meantime, tens of thousands of smokers switched to vaping, and the US market was flooded with vape products. To make matters worse, device and vape juice manufacturers were cropping up in the States and the industry was booming (and feeding a lot of families) – completely unaware that it will be shaken to its core in a couple of years.

2014 – The FDA Proposes (Over)Regulation of the Vaping Industry 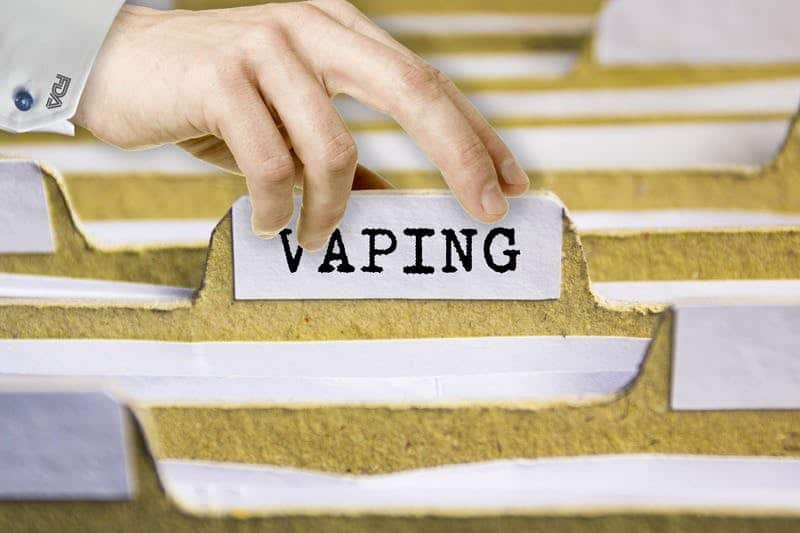 After 2011, the pressure mounted on the FDA to issue deeming regulations that would condemn the vaping industry. This pressure was applied by Democratic Congresspeople with strong ties to Big Tobacco, as well as special interest groups such as Campaign for Tobacco-Free Kids, Lung and Heart associations, and the American Cancer Society.

On April 24, 2014, the FDA released its proposed regulations. They were as bad as most vaping supporters had feared. The proposed rule would eliminate almost all of the vaping industry (aside from some products made by Big Tobacco), by requiring manufacturers to submit premarket tobacco applications (PMTA’s) for all existing products within two years after the final rule was issued.

The regulations also required separate applications for every “component or part,” extensive studies and toxicological testing that would possibly cost millions for each product submitted, and offered no guidance for standards the agency expected from manufacturers. The FDA said each product would have to show that it benefited public health — the health of the whole U.S. population, not just individual vapers and smokers — which requires studies on uptake by non-smokers and ex-smokers too. The FDA expressed no concerns about the black market being created.

The public was given 75 days (later extended) to comment on the proposal before the FDA made its decision final. Now, usually this period is a formality – very rarely can something be done during it to dissuade any federal agency from pursuing what it wants.

In this case, though, the comment period proved to be a big blow to the vaping community. RJ Reynolds, the manufacturer of Camel cigarettes, got involved and gave the FDA the blueprint that will help it to completely eradicate the vaping industry in the United States.

Here’s what RJ Reynolds proposed (that was later partially adopted by the FDA):

2016 – The Deeming Rule Goes Into Effect

In August of 2016, the FDA’s vape industry deeming rule went into effect. The agency published a guideline that was a maze of regulatory hoops in hopes of deterring manufacturers from even submitting their Premarket Approval Requests.

The process was made so complicated and expensive that no one except the Big Tobacco had any hopes of actually obtaining a permit. For example, if your company wants to sell an atomizer with a 510 connection, you would have to test the device with every other product it could be attached to, and every e-liquid it could possibly be used to vaporize. Each separate combination of thousands of devices would have to be proven “appropriate for the protection of public health.”

Open-system vape devices were not outright banned but the agency did suggest that closed system devices (such as the Kind Pen and the JUUL) would have an easier time obtaining a permit. The same goes for vape juice flavors – while they were not banned in August of 2016, the FDA explained that it was still on the table. Flavor restrictions could be added at any time – indeed, they were, but that was prevented by the White House.

What Happened After The Deeming Rule Took Effect?

After August 2016, vaping gained some supporters in the US Congress. Several bill proposals were moved forward in an effort to curb the FDA’s regulatory reach. In 2017, Rep. Cole co-sponsored a bill with Georgia Democrat Sanford Bishop, a moderate with a large e-liquid manufacturer in his district. The “Cole-Bishop bill” was supported by the vaping industry and consumer advocates as a vital first step to undoing the damage of the Deeming Rule. However, despite Republican majorities in both houses of Congress and a Republican president, Cole-Bishop was unsuccessful.

In addition to that, several manufacturers filed lawsuits against the FDA as soon as the deeming regulation was announced. Two of the best-known ones were initiated by Halo e-liquid manufacturer Nicopure Labs and the Right to be Smoke-Free Coalition, a group of state and national vaping industry groups. The Nicopure and R2BSF suits were combined by the court, and in July 2017 U.S. District Court Judge Amy Jackson Berman ruled against the vapor industry plaintiffs. The decision was appealed, and the plaintiffs are still awaiting the result.

Three lawsuits were filed in federal courts around the country in January 2018 by the conservative/libertarian Pacific Legal Foundation, on behalf of several small vaping businesses. These suits are still pending, as are a couple lesser-known actions. There have also been lawsuits brought by cigar manufacturers and cigar trade organizations challenging the Deeming Rule.

In 2017, vapers got an unexpected champion in the FDA. The new director Gottlieb, appointed in 2017, took a harsher stance on tobacco products. He even went as far as to suggest that vape products – being less harmful – could be used in his comprehensive plan to reduce the nation’s nicotine addiction.

The original deeming regulation required vape manufacturers to submit their PMTA’s by 2018 – after that, they could no longer sell any of the vape products currently on the market. Gottlieb extended that by four years, until 2022. He even signaled that products could remain on the market while the FDA reviews the applications – which can take years. Previously, products were allowed on the market for one year after the submission and needed to be pulled if the review of the submission was still pending. You can listen to his full speech in the video below.

The commissioner also announced that the agency would begin the rulemaking process to address “kid-appealing flavors” in tobacco products, including in e-liquids. And he promised foundational rules that would make the premarket review process transparent and predictable, and guidance on “known risks” in vapor products like batteries.

Unfortunately, soon after Gottlieb expressed his willingness to work with the vaping industry, various interest groups ramped up their attacks on the vaping industry. This time, they went after the JUUL, calling it a teenage epidemic, and demanding tougher action against vaping.

On April 19, the major non-profit groups aligned against vaping launched a coordinated maneuver to grab headlines and mark JUUL as the target of what they hoped would be a national demand for action. On that day, Truth Initiative published a study that purported to prove the threat JUUL posed to children; six tobacco control organizations sent a letter demanding that the FDA take action against JUUL and reverse its delay of the premarket review process; and 11 Democratic senators sent letters to the FDA and to JUUL Labs with similar demands.

Gottlieb was forced to toughen his stance on vaping because of the mounting pressure. He has repeatedly called Juuling and vaping a teenage epidemic, even though there’s no proof of that. Some cities in the US went as far as to completely ban vaping – here’s an example from San Francisco.

This leaves vaping in limbo so to speak. Here are the key takeaways that paint the picture as to where the industry stands right now:

The fate of vaping after 2019 (and 2022) still hangs in the balance, and we have no idea how all of this is going to play out. That’s why we’d like to urge you to support your local vaping associations and CASAA, who are fighting tirelessly to keep vaping available to all those who need an alternative to smoking. Also, support US-based businesses that are members of these associations, such as The Kind Pen and others, by buying their vaping products, and helping them continue the fight in your name!