If I had a nickel for every time I heard: “Won’t your vaping cause your blood pressure to spike?” when I’d whip out my e-juice vape pen, I would… have an extra few bucks now, that’s for sure.

And it’s always the smokers who are worried about vapers and blood pressure?!

I mean… don’t those cigarettes poison you, cause cancer AND elevate your blood pressure?

My righteous indignation aside, it’s still a valid question.

A lot of us started vaping looking for an alternative to smoking, hoping to either ease ourselves off of the nicotine or just find a healthier alternative to our calming habit.

Healthier, mind you… not healthy.

Smoke and vapor? Not so much.

I’ll try not to harp on it too much, but even skydivers purchase special life insurance, you know? We should all know what we’re getting ourselves into, be we smokers, vapers, or skydivers.

That’s why this post is here — so you have all the vaping + blood pressure facts, and can start noticing symptoms if something goes awry (and can then act on them).

Psst… concerned about your blood pressure?

Smoking is messing it up far worse than vaping ever could.

Try our new e-juice vape pen today & start getting that BP under control. 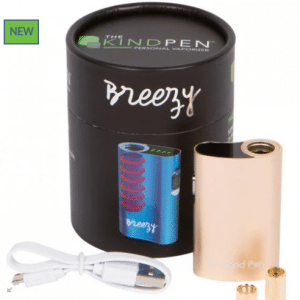 Click Right Here to Get a State-of-the-Art Vape Pen Today!

So let’s take a look at what researchers have to say about blood pressure and vaping.

Ready to dive in?

What Are Some Potential Health Risks Associated with Vaping? 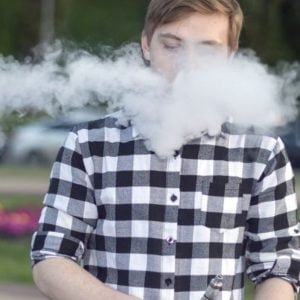 I will preface this section by saying that we need more studies into long-term vaping.

That said, let’s take a look at some of the findings (particularly around heart and lung health) that the scientists have published recently.

Numero uno (#1) — some studies have found that vape users often experience elevated blood pressure, which leads to a significant heart disease risk as it can damage your heart over time.

Cardiologist Mahmoud Sharaf, MD, said in an interview conducted by the UnityPoint Health Clinic that vaping can cause blood clots, artery stiffness, and cholesterol deposits within the heart.

[That said, this study compared vapers and non-smokers… so apples and oranges, really.]

In addition to the increased risk of high blood pressure and heart disease, vaping juice containing nicotine can also increase heart rate. Your heart rate can increase by as much as 50 percent following a nicotine-filled hit, which can overwork your heart and lead to irregular heartbeats or arrhythmia. In severe cases, this might even escalate into a heart attack. It’s also worth noting that when someone smokes an e-cigarette, the heart continues to race even after the user stops vaping as the chemical components of the vape juice can remain in the bloodstream for up to eight hours after you take a hit.

[Well, this all holds true for cigarettes, too — the study fails to mention that smoking puts you in far greater risks of everything that was listed here.]

In addition, research from the University of California San Francisco and the University of Southern California has shown that e-cigarette use can also increase the risk of asthma and chronic obstructive pulmonary disease (COPD). This study, published in December of 2019, was the first long-term studies on vaping that showed a link between respiratory illnesses and vaping, analyzing data collected from over 32,000 American adults over a period of 3 years.

[Note that this study was done by Stanton Glantz — a fake researcher in the pocket of Big Pharma and Big Tobacco who has been forced to retire after dozens of colleagues accused him of tampering with his data. Thomas J. Glenn, a researcher for the American Cancer Society accused Gantz of making sweeping claims that slightly overreach the evidence provided by his data.]

The study goes on to say that vaping seems to have its own health problems that traditional cigarettes do not, such as increased airway resistance, impairment of the immune system, and increased damage to the living cells of the lungs.

[Ahhh… leave it to Gantz to come up with “additional problems with vaping”, most of which can never be corroborated by another scientist that’s not hell-bent on harming the vape community.]

So… Does Vaping Cause High Blood Pressure or What?

The short answer is yes.

There is a strong correlation between vaping juice that contains nicotine and high blood pressure.

However, the amount of data suggesting this is limited, as vaping is still a relatively new thing and studies are still being conducted. That being said, it’s best to err on the safe side and keep an eye on your blood pressure if you are vaping regularly. On the bright side, it seems that vaping non-nicotine juices does not carry a risk for increased blood pressure. So it’s not vaping per se that’s causing high blood pressure — it’s nicotine.

A recent study from Michigan Technological University compared two groups of healthy 20 year old nonsmokers when vaping a nicotine containing juice and a non nicotine placebo. They found that the volunteers vaping the nicotine juice had increased heart rate and a lower rate of nerve activity as well. This seems to confirm that while vaping nicotine juice does increase blood pressure, non-nicotine juice does not.

It is likely additional research will be released in the coming years, along potential guidelines to help protect youth and increase education around the risks associated with vaping.

How Can I Know if I’m Experiencing High Blood Pressure? 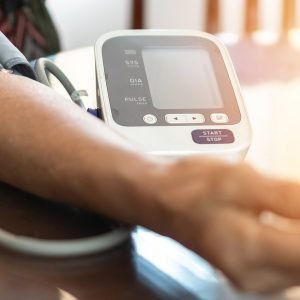 Many people may not know they have high blood pressure, as the symptoms are sometimes subtle and only occur when a person’s blood pressure reaches incredibly high levels.

Often, people find out they have high blood pressure from getting routine checks at a doctor’s office, surprising both themselves and their health care provider.

If you are a vaper (and if you are reading this, you probably are) it might be worth mentioning the next time you head in for a check up, just to be on the safe side.

For those who do experience symptoms of high blood pressure, they may notice:

What Can I Do to Treat High Blood Pressure if I’m a Vaper?

High blood pressure is most commonly treated using lifestyle changes, medication, or both. As there are many factors that can contribute to high blood pressure, it can be difficult to treat and can usually only be managed and reduced – once you have it, it is unlikely to go away forever.

Eating a healthful and balanced diet and avoiding salt is the usual prescription for mild cases of high blood pressure. This, combined with regular exercise can help manage or even eliminate the condition in those with more mild cases. Alcohol can be another risk factor for increased blood pressure, so sufferers are usually asked to abstain from drinking as well.

In more severe cases, medications might also be prescribed by a physician. These are usually medications taken daily in the form of an oral capsule, though sometimes a doctor might need to prescribe two or more medications in order to find the right balance for you.

If you have a really severe case of high blood pressure, it’s important that you kick nicotine to the curb as soon as possible. Try to wean yourself off nic e-juice, and vape just on the PG, VG and the flavors. That should help you regulate your blood pressure a bit.

Next Steps for Vapers With High Blood Pressure

The best and most effective way to lower the health risks associated with vaping, including high blood pressure, is to stop smoking or vaping nicotine containing e-liquids. Ingesting nicotine is one of the most dangerous things you can do to your heart and heart disease leads to over half a million deaths a year.

If you are unable or unwilling to break your nic addiction altogether, you may want to choose lower nicotine level juice. Most vapers don’t need more than 20-25 mg of nicotine a day to stave off the effects of withdrawal, and that can be slowly stepped down over time to ease off of the effects.

At least you’re not smoking, right?

While vaping is generally thought to be a healthier alternative to traditional smoking, it is not totally without risk. Vaping, especially when using a nicotine-containing e-liquid, can increase your risk of heart disease and lead to high blood pressure, among a host of other issues.

And we ALL know that. We’re not kids. We’re choosing a lesser evil.

But we’re still looking forward to some long-term studies about vaping, blood pressure, and health in general.

As e-juices are still a relatively new substance, the jury is still out on a couple of different health risks, but overall it’s best to assume the worst and keep an eye on your blood pressure for your own well-being. In addition, be sure to be careful when vaping a nicotine containing juice around others, as secondhand vapor can contain just as much nicotine as the original hit from your pen.

Psst… concerned about your blood pressure?

Smoking is messing it up far worse than vaping ever could.

Try our new e-juice vape pen today & start getting that BP under control.

Click Right Here to Get a State-of-the-Art Vape Pen Today!