For those of us who have been vaping for quite some time, it’s funny to think that modern vapes have been around for more than 15 years now. What we call an e-cigarette (or, at least the prototype all modern vapes are based on) has been patented in China 16 years ago to the day. Those new to vaping still consider it to be even more newfangled than that. However, there is a history to vaping that goes well beyond these few last decades.

And that’s what we will explore here today – the rich history of vaping, forms of which can be traced back thousands of years. More surprisingly, something quite similar was to modern vaping devices was invented at the turn of the twentieth century, only to be forgotten. Still, this goes to show that, ever since cigarettes have taken hold, there were people here fighting to help others get rid of that insidious addiction.

Let’s dig a bit deeper together! 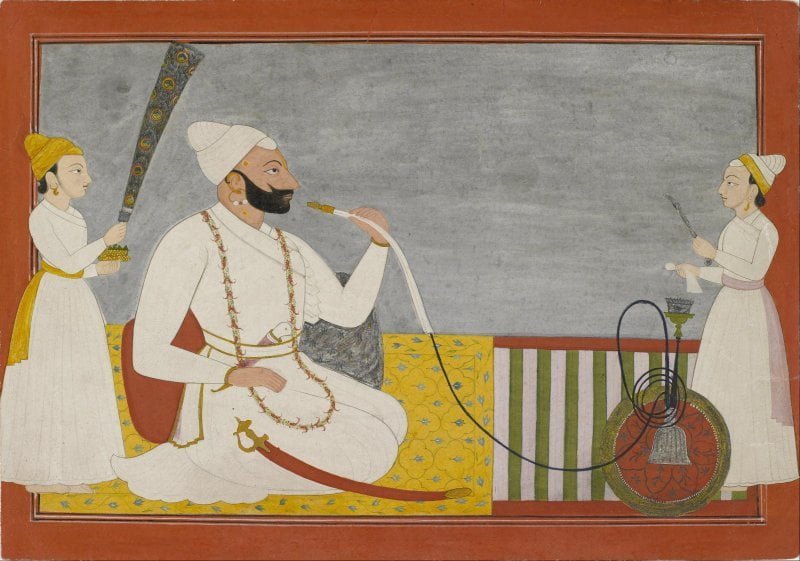 While in no way similar to today’s vaping, a form of vapor-inhaling practice existed some two thousands years ago. In ancient Egypt, the people called Scythians used to throw large quantities of unidentified seeds onto red-hot stones to create copious amounts of vapor. The seeds themselves might have been marijuana seeds, as the Greek historian Herodotus writes:

“The Scythians take some of this hemp-seed and throw it upon the red-hot stones; immediately it vaporizes and gives out such a vapor as no Grecian vapor-bath can exceed; the Scythians, delighted, shout for joy.”

Of course, it’s the “shouting for joy” part that makes our minds go straight to marijuana on this one.

According to some historians, Safavid people used what we today called a hookah, or a water pipe. This was during the Middle Ages, in what’s today modern Azerbaijan. The variants of the hookah exist to this day and are used mostly in Islamic countries where there’s a strong tradition of inhaling the vapor of scented herbs.

While it’s pretty evident that none of this was vaping as we know it today, it’s still a part of the history of vaping. It has vapor, it has inhaling – how could it not be? However, we will wait quite a long while before we see a device that could be considered the first vape device. It happened in the 1920ies.

The History Of Vaping – The 20th Century 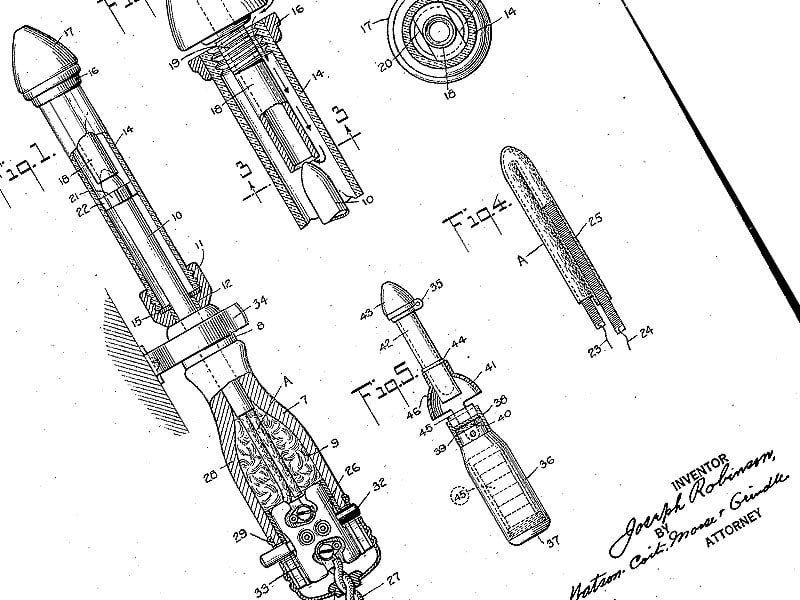 We can trace back the conception of the first modern-looking e-cigarette back to 1927, when a man called Joseph Robinson filed a patent in the US for a device he called an electronic vaporizer.

Here’s what he wrote on the patent application form: “My invention relates to vaporizing devices for holding medicinal compounds which are electrically heated to produce vapors for inhalation.”

As you can tell, Mr. Robinson did not intend his device as a nicotine inhalation delivery system. Still, it’s fairly easy to recognize the similarities between it and the 2nd generation vape pens. At the time, there was no real need for devices such as this one. As far as I can tell, not a single prototype was manufactured, other than what Mr. Robinson might have jury-rigged in his shed.

Vaping History Since The 1960ies Until Today

Well, a lot has happened in the 70 odd years since the sixties, but it’s fair to say that that is when the modern e-cigarette was actually conceived. While there were a lot of inventions in that early period, it’s fair to credit Herbert A. Gilbert as the guy who thought of the original designs. He received a patent for his work in 1965 but the device didn’t take off, mostly because tobacco companies were not really interested in a substitute for combustible cigarettes. 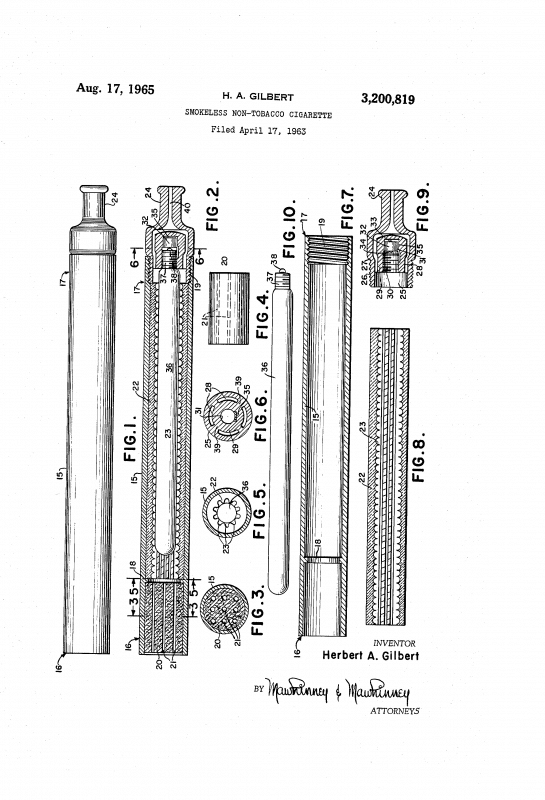 That said, the terms “vape” or “vaping” were not in fact coined until much later. Actually, close to 20 years later. Philip Ray, the guy who invented the microprocessor is the person we have to thank for that. In 1981, he wanted to quit his nasty cigarette habit so he invented a device that delivered nicotine without combustion. In effect, the device had a nicotine-soaked paper in it and would release it when puffed on.

He partnered with Dr. Norman L. Jacobson and they managed to get their company off the ground, selling their device all over the Western United States. Unfortunately, their delivery system was flawed (nicotine has a low evaporation point so the device had a very short shelf life), and they were forced to sell their invention to another company. It’s a fascinating story and you can learn more about it here.

Regardless of the fact that the device was a total commercial failure, I still like to give credit where credit is due – these guys were the first to call themselves vapers! That’s a pretty big deal, right?

Then, for some 20 years are so, not much was happening in the vape world. There were no manufactured vapes, and no subculture built around blowing huge amounts of clouds.

It wasn’t until the year 2000, when a pharmacist from China, Hon Lik, fell asleep and dreamt that he was drowning, that the dream of vaping stirred up again. In his dream, all of a sudden, the water turned to vapor. I could say the rest is history, but here’s a bit more background. Hon Lik was a smoker, like his father. He watched his father die of smoking-induced cancer so that probably had something to do with his prophetic dream. 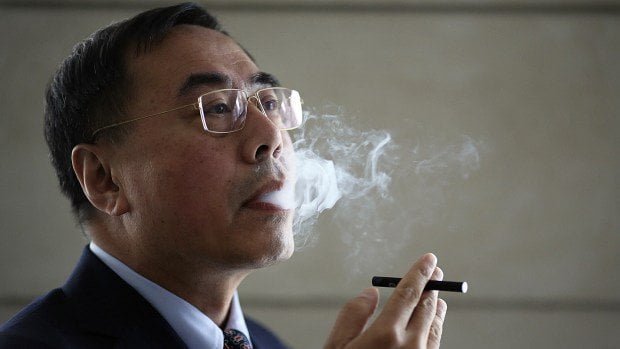 In any case, Hon Lik patented his dream back in 2003. The first e-cig used a high frequency, piezoelectric ultrasound-emitting element, which vaporized the liquid containing nicotine. Although it looked similar to what we see today, that first electronic cigarette operated on very different principles.

Hon Lik gave a pretty literal name to his invention (Ruyan, which means “resembling smoke”) and created a company called Golden Dragon Holdings to manufacture and sell it. The adoption rate was pretty fast in China, but it wasn’t until 2005 that e cigs first appeared in Europe and the US.

After that, numerous other vapers and inventors created companies that gave rise to the many iterations of the e-cigarette that we know today. For example, British entrepreneurs Umer and Tariq Sheik made everything simpler when they invented a cartomizer. Essentially, a cartomizer combined a coil with the tank, and the invention was adopted by a number of cigalike brands at the time. 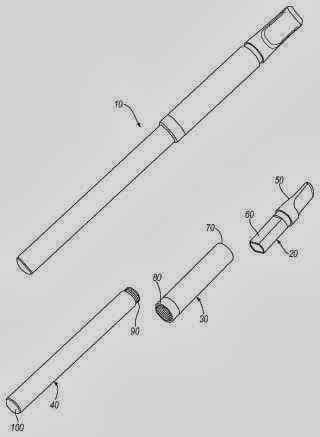 Trying to list all the breakthroughs in vaping technology here would make for a really, really long read. Suffice it to say that, after 2008 (when vaping gained a footing in Europe and the US), vapers themselves started experimenting with devices. They modified household items such as Radio Shack plastic boxes and flashlights to accommodate larger batteries in an effort to create devices that could deliver more flavor and vapor. Eventually, vape manufactures caught on and started designing vape mods (short for modified) to satisfy a growing segment of vapers who wanted more. And so the history of vaping became more and more rich and diverse.

Today, we have countless designs and vape technologies in use – all the way from vape pens and mods, to temperature control and squonk devices. Technology is constantly moving forward, and we’re seeing more and more inventions that are aimed at making vaping more efficient and safer, which is a good thing. Unfortunately, the Big Tobacco lobbyists are doing their best to put a damper on that innovation so introducing new products is becoming more difficult since the FDA is hell-bent on over-regulating the industry. It’s our huge hope that this too shall pass and that vaping will be recognized for what it is – the most effective way to get rid of a cigarette addiction!

Depending on what you take as the starting year, vaping is either close to 100 years old, or more than 50 years old! That’s, of course, if we disregard the ancient Egyptians and early hookahs. Either way, it’s a lot older than many of us have presumed! The history of vaping is rich and diverse, and we can only hope that it will continue in the same vein for years to come.

Celebrate today by ordering your own Kind Pen e-cigarette! And, don’t forget – if you have any questions about vaping at all, we are here for you. Either comment on this post, or send us an email. We are always happy to chat with future vapers!